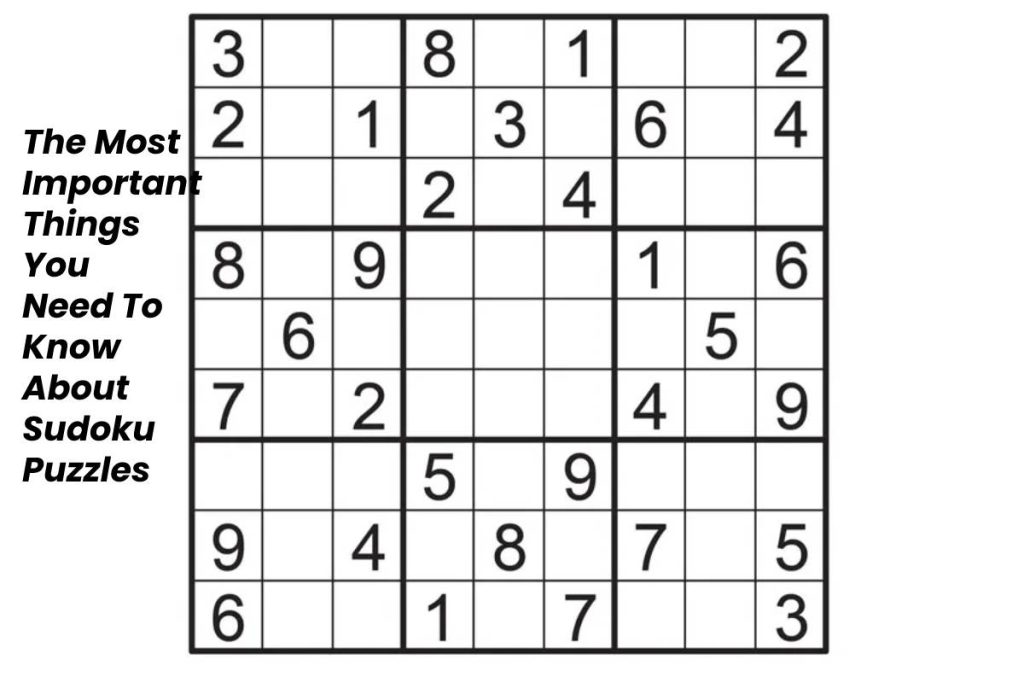 Sudoku is an incredible and interesting number puzzle game, one of the oldest puzzles ever created. Over the years, this puzzle game has gained a ton of popularity. The best thing about Sudoku is that everyone, regardless of age, may play it.

If you’ve never played Sudoku, you might have many questions about it, including who created it, how to play it, and whether or not it has any advantages. So, if this describes you, you are in the correct place. This article covers all the information you need to know about Sudoku. Let’s get going!

What is a Sudoku puzzle?

Sudoku is a 9×9 grid-based numerical puzzle game, as already explained. The numbers range from 1 to 9, and each must be put once in each column, row, and 3×3 square. Solving a sudoku puzzle involves logic and reasoning. The best feature of Sudoku Evil is that it can be solved despite how challenging it may seem.

The history of Sudoku

An American puzzle maker and retired architect created the original Sudoku in 1979. Later, Dell Publishers released the game under the name Number Place. Later, it was released by a Japanese publisher under Sudoku, which is Japanese for “only single digits.” Since then, numerous Sudoku variations have been made, but the basic idea has remained the same.

As stated, it is possible to solve every Sudoku puzzle, including Sudoku Evil. There is a widespread misconception that some Sudoku puzzles cannot be solved. But this is not the case at all. There are methods for solving Sudoku puzzles of every difficulty level. It’s possible that you are not paying close attention or not using the right strategy if you have been playing Sudoku and have never solved it. To complete the Sudoku puzzle properly, you must be familiar with the game’s rules. Online publications and videos explaining how to do Sudoku can be found online so that you can read about them there.

How to play Sudoku

You at least know a little bit about Sudoku now. Let’s now discuss how it is played. The Sudoku puzzle is comparatively simple to solve if you are familiar with the rules. To complete the task, you must insert the numbers 1 through 9 into each column, row, and 3×3 square without repeating any digits. This is the only way to solve a Sudoku puzzle. The best aspect of this puzzle game is how many numbers are usually pre-inserted. You’ll see that only roughly 17 of the grid’s 81 numbers have been inserted. The only thing left is locating the missing numbers and entering them where they belong. Sudoku offers hints, and you can go back and change an answer.

This game is perfect if you want to exercise your thinking skills after a long, demanding day. One of Sudoku’s best advantages is that it comes in easy, medium, hard, expert, and evil difficulty levels. This suggests that you can select a level of difficulty you can handle. For instance, if you’re starting, you can pick easy Sudoku puzzles, but if you are an expert, you can choose Sudoku Evil. Considerable numbers are usually pre-inserted, and the omitted numbers must be added as the final step. Thanks to developments in the gaming sector, you can now download your ideal Sudoku on your smartphone or tablet and play it whenever and wherever you like. Playing your preferred Sudoku game no longer requires carrying around magazines or newspapers.

You can also use some additional advice to complete Sudoku puzzles successfully. These Sudoku-playing hints will help.

Tips on how to play Sudoku

You must comprehend and follow the game’s rules to complete your Sudoku puzzle: you shouldn’t repeat any digits; each row, column, and square must have 1 to 9 digits. You will always be able to solve Sudoku puzzles successfully if you follow this rule whenever you play.

Many individuals mistakenly believe that Sudoku is a guessing game. However, this is untrue. The Sudoku puzzle is a game that tests your ability to use logic. Guesswork will only lead you to make poor choices that will complicate the game further and possibly even need you to restart it—something you wouldn’t desire. Sudoku is a game of momentum; if you start the game by making the proper choices, you are more likely to win since these choices will aid in solving the puzzle. The best action is to search for opportunities to insert the right numbers into the grid. So avoid guessing.

If Sudoku is a game you have never played, you may be unsure of its value. The fact is that playing Sudoku has a lot of advantages. As was previously stated, Sudoku is a fascinating and entertaining game that might cheer you up if you’re feeling down. Additionally, completing the puzzle can make you feel good about yourself.

Additionally, Sudoku might improve your attention. That’s because you have to focus on playing this game. Any interruption can cause you to lose focus while playing the game and may even make you restart it from the beginning. Something that might be extremely frustrating. Because of this, you will avoid all outside distractions and focus solely on the game. You will need to focus more while playing Sudoku, which can help you focus better.

Finally, Sudoku can help you unwind and relax. It would help if you gave this game your complete focus to solve it. You will be able to forget about the cause of your tension and allow yourself to enjoy it more. This can relieve your stress, and you could even realize that the real cause of your stress wasn’t all as serious as you imagined.

Review The Most Important Things You Need To Know About Sudoku Puzzles. Cancel reply