5 Things To Know About Blockchain Technology

Since its inception, blockchain technology has shown its potential in revolutionizing almost every sector of the modern economy.

So, what exactly is this technology that everyone’s excited about? Also called DLT(distributed ledger technology), blockchain refers to a set of systems involved in recording information. It’s a safe way to store your information as it makes it hard for unauthorized individuals to access or edit encoded. This feature makes the system lucid and unalterable, which is why the technology is used in Cardano, Bitcoin, and other popular cryptocurrencies.

If you consider yourself a newbie, it’s crucial for you to understand the different types of blockchain networks and how they work. Ensure you purchase your package from a reputable brokerage firm or cryptocurrency dealer to avoid being scammed.

How Does Blockchain Work?

When the involved parties agree to conduct a transaction, this information is transferred to the nodes(computers) in a peer-to-peer network system. The nodes are involved in validating the shared information.

After confirming the transaction, it’s combined with other transactions to create a block. This block is then hashed. Each block is hashed in reference to the block that was created before it. Through this system, it becomes easier to assure the block position and harder for unauthorized personnel to edit the information.

After this, the latest block is incorporated into the blockchain and distributed to all its participants. That marks the end of the transaction.

Now that you have a better understanding of how blockchain technology operates, here are other important things you need to know.

In most circumstances, it’s challenging to conduct transactions with strangers. Of course, the reason for this is the absence of trust between the involved parties. On the other hand, the blockchain system creates the very trust it requires to function.

The parties are left to conduct transactions amongst themselves, getting rid of third-party involvement such as banks or brokers. Getting rid of intermediaries has made it easier to prove the ownership of a particular asset. Every block is linked to cryptography in the blockchain, making it hard to tamper with the recorded information.

Simply put, the technology guarantees the legitimacy of each transaction and protects it from forgery.

Blockchain technology is employed in storing future records but not of what has already occurred. Organizations such as Ethereum Foundation utilize this technology to record and process ‘smart contracts’ managed by nodes involved in the blockchain using a pay-as-you-go concept.

The nodes will combine, store, and transfer information or any digital currency involved.The blockchain, therefore, assures the permanence of the contract stored.

3. It’s A Platform For Software Development

Using blockchain promotes an unprecedented level of trust and openness throughout its wide range of applications, whether in implementing digital currencies or in tackling global health crises. Although blockchain is a software technology at its primary level, it offers new tools and possibilities to many developers.

Blockchain can help you if you’re a developer to create advanced applications that are both decentralized and hard to edit, ushering in a completely new web and software type. Blockchain technology can also be used to develop the latest APIs (Application Programming Interface), which include transaction scripting language and data APIs. These technologies make it possible for different apps to interact with each other

4. Blockchain Is Decentralized And Reliable 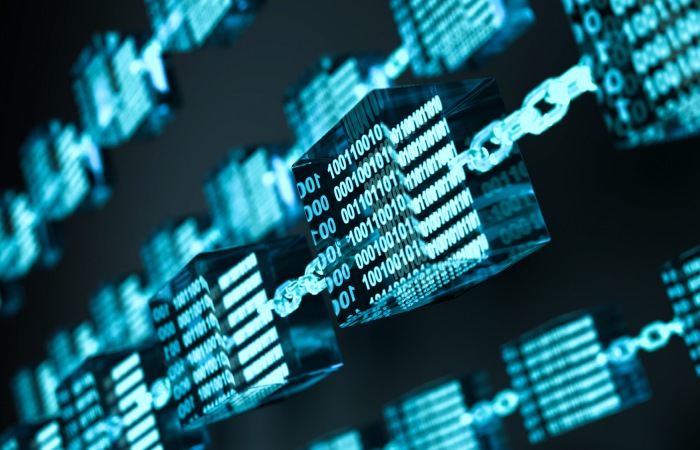 As discussed earlier, blocks are distributed over a peer-to-peer network system. For this reason, there’s no central node where data is recorded. Every participant in a blockchain can access a copy of the blocks on their computers.

The absence of a centralized point of data storage guarantees the security and reliability of blocks as there’s no weak point for hackers to manipulate. In the case of a public blockchain, every participant is involved in managing the system, which means no individual has control over the blockchain as a whole.

5. There’s a public and a Private Blockchain

Although both systems work the same way, they differ on who’s allowed to participate. In a public system, anyone can join in transferring assets. The only disadvantage of this is that, due to many participants, verifications of transactions may take longer. An example includes Bitcoin.

Before you employ blockchain technology, it’s crucial to understand how it works and how you can fully utilize it. In a blockchain transaction, there are no brokers involved and the system is reliable.  There are many things you can learn from blockchain technology. Hopefully, this article has provided you with a good foundation on the critical things you must know in the world of blockchain.

Also Read: Smartphone Write For Us, Contribute And Submit post

Filmora X Review: Should I Buy It

Wow! Deals And Promotions For Mar 2021

How Artificial Intelligence Supports Technologies In The Modern World

5g Connected All Day And In The Shortest Time Possible

7 Devices To Make Your Home A Smart Home

Is DISH + Amazon Set To Become a Wireless Carrier Powerhouse

What Makes For A Safer Car?